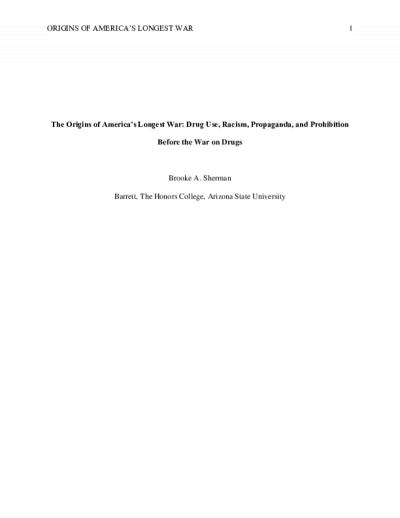 The United States’ War on Drugs declared in 1971 by President Richard Nixon and revamped by President Reagan in the 1980s has been an objectively failed initiative with origins based in racism and oppression. After exploring the repercussions of this endeavor for societies and individuals around the world, global researchers and policymakers have declared that the policies and institutions created to fight the battle have left devastation in their wake.