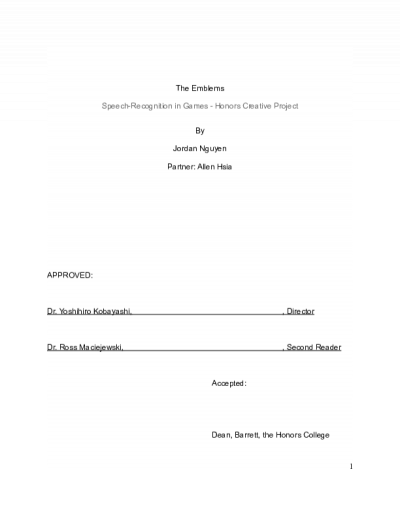 Speech recognition in games is rarely seen. This work presents a project, a 2D computer game named "The Emblems" which utilizes speech recognition as input. The game itself is a two person strategy game whose goal is to defeat the opposing player's army. This report focuses on the speech-recognition aspect of the project. The players interact on a turn-by-turn basis by speaking commands into the computer's microphone. When the computer recognizes a command, it will respond accordingly by having the player's unit perform an action on screen.