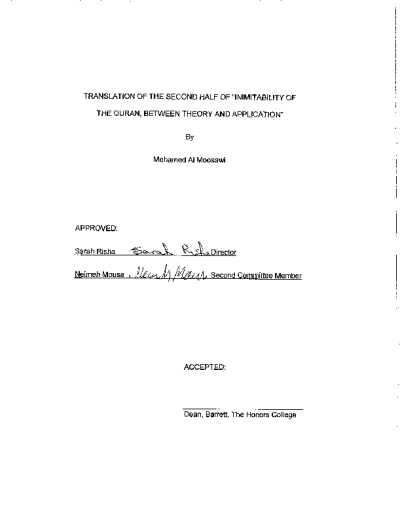 The goal of this project is to translate a philosophical book that discusses the inimitavility of the Holy Qur'an from a philosophical perspective. Half of the book "Inimitability of the Qur'an, between theory and application" by Mahmud Ni'mah Al-Jayyashi, was found to be the ideal choice for the project; thus, the specified part was translated. In the preface, the book discussed divisions of miracles and found that the Qur'an is an intellectual miracle. Then in the first chapter it discussed the aspects and foundations of miracles.