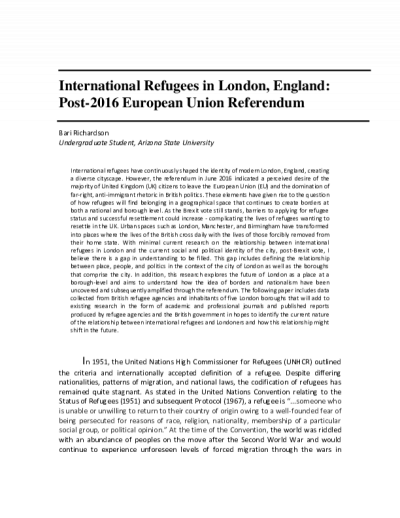 International refugees have continuously shaped the identity of modern London, England, creating a diverse cityscape. However, the referendum in June 2016 indicated a perceived desire of the majority of United Kingdom (UK) citizens to leave the European Union (EU) and the domination of far-right, anti-immigrant rhetoric in British politics.

Contributors
Date Created
The date the item was original created (prior to any relationship with the ASU Digital Repositories.)
2019-05
Subjects
Resource Type
Collections this item is in
Barrett, The Honors College Thesis/Creative Project Collection