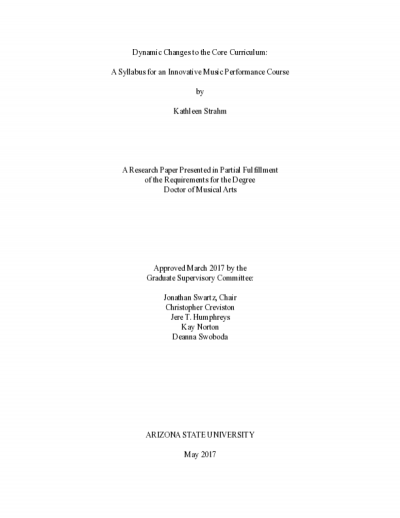 According to the United States Department of Labor, the predicted percentage growth of jobs in music performance for 2012-22 is less than half the predicted percentage growth in overall national employment for the same period. While university music performance core curricula prepares students to attain their goals, which can include positions in orchestral, chamber, or solo settings, only a small number of such positions are predicted in the future job market.