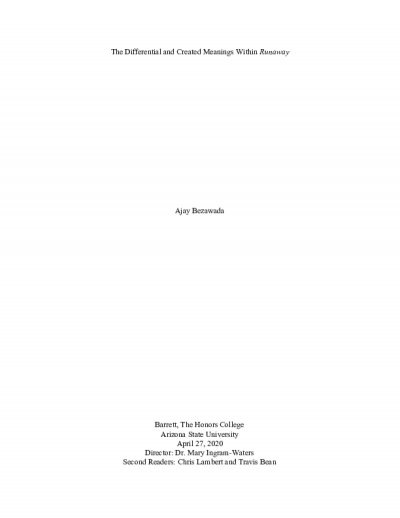 Runaway i​s the 34 minute short film released alongside Kanye West’s “My Beautiful Dark Twisted Fantasy” album in 2010. The overall purpose of my project is to conduct a descriptive analysis of this film to analyze its visual messages and how they are influenced by the album’s lyrics as well.

Contributors
Date Created
The date the item was original created (prior to any relationship with the ASU Digital Repositories.)
2020-05
Subjects
Resource Type
Collections this item is in
Barrett, The Honors College Thesis/Creative Project Collection