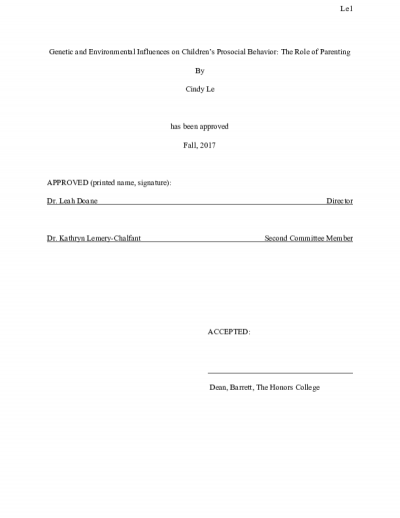 Genetic and Environmental Influences on Children's Prosocial Behavior: The Role of Parenting

The purpose of the current study was to determine the genetic and environmental contributions to the development of prosocial behavior in children using a population of 356 twins at 8 years of age. The study also aimed to examine whether…

Contributors
Agent
Created
Date Created
The date the item was original created (prior to any relationship with the ASU Digital Repositories.)
2017-12

Part of As it is plenty: An evening of song
Description