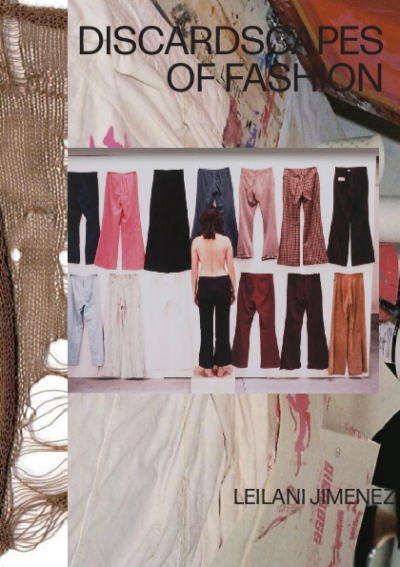 DISCARDSCAPES OF FASHION: POSTCOLONIAL RESISTANCE IN POST-CONSUMER TRANSBOUNDARY TEXTILE WASTE MANAGEMENT, FROM THE US TO SOUTH AND EAST AFRICA

The clothing and textile industry is often referred to as one of the largest polluters in the world. Over the last two decades, global annual consumption has increased, and the…

The clothing and textile industry is often referred to as one of the largest polluters in the world. Over the last two decades, global annual consumption has increased, and the volume of discarded clothing in America has doubled from 7 to 14 million tons a year (Shirvanimoghaddam, 2020). Over 60% of textile waste overall is exported to the Global South. In the Global South, landfills that receive this waste often lack proper funding and legislation to implement effective waste management systems (Schiros). Textile waste bears a carbon and water footprint that disrupts environmental and health standards on egregious levels, disproportionately harming the health of the populations situated near to those disposal sites, and preventing so-called “developing populations” from economic independence and from sustaining critical environmental health standards. The exploitation of the Global South as a dumping ground also erodes the possibility of economic development by local production and economic self-reliance. Structural adjustments and trade regulated by the ‘developed’ country subjugate the Global South to neo-colonialist, exploitative economic partnerships with the Global North. Rwanda is one example of a country attempting to rise to the World Bank’s classification as a middle-income country, but has been accused of trading human rights for development in the process. My investigation first seeks to answer, What are the specific health threats of post-consumer textiles? I consider the human health impacts of textiles from cultivation to disposal. This study examines the role of waste as a potential function in the production process, where waste is not considered a negative economic value. My second question is How is the Global South's participation in international collaboration empowered by acts of resistance against the assumptions, research, and policies that suggest Western aid and medicine is superior and the basis for innovative technology? Acts of resistance are pursued within the public sphere (especially in terms of community building and art making), low technology, and locally situated science (that consider the culture, approach, and resources of the Global South before scaling up to the North). Corporations and state policy are considered to expand research, but the focus is largely on acts of resistance by the public, and acts of resistance at a community-level of cooperation. Through the framework of the zine, audiences can better understand the relationship between the US and countries in the East African Community, in South Africa, in shared regions. This creative project informs and challenges the reader to think critically about their role in a postcolonial context. I seek to understand how colonialism pervades the economic relationship and import-export business today between the Global North and the Global South. My purpose is to provide the reader with a vision that suggests the most critical changes that should be made to secure humane and environmentally sustainable solutions. It also serves as a catalyst for additional research on the Global South.