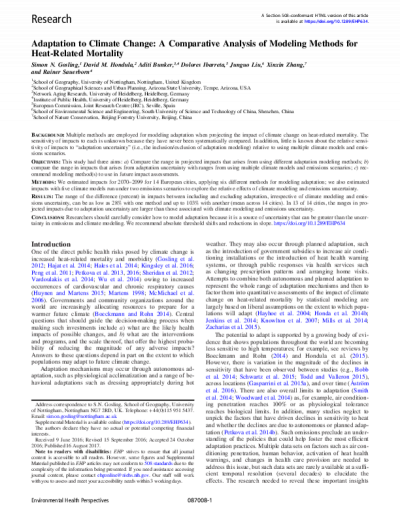 Adaptation to Climate Change: A Comparative Analysis of Modeling Methods for Heat-Related Mortality

BACKGROUND: Multiple methods are employed for modeling adaptation when projecting the impact of climate change on heat-related mortality. The sensitivity of impacts to each is unknown because they have never…