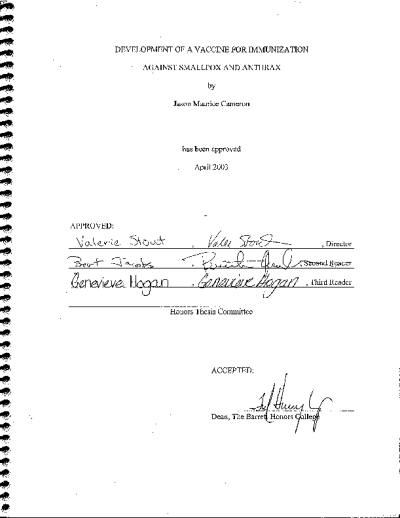 Abstract Development of a Vaccine for Immunization Against Smallpox and Anthrax Jason Maurice Cameron Biological weapons are often considered to be the most dangerous weapons of mass destruction because of there potential to infect huge numbers of people, who may then in turn infect others who were not even present at the point of initial impact. Among the most feared biological weapons are those that contain smallpox and anthrax because of these diseases' high rates of both infection and death.