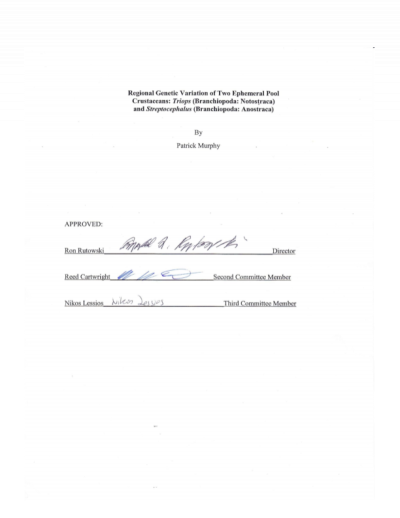 Triops (Branchiopoda: Notostraca) and Streptocephalus (Branchiopoda: Anostraca) are two crustaceans which cohabitate in ephemeral freshwater pools. They both lay desiccation resistant eggs that disperse passively to new hydrologically isolated environments. The extent of genetic distance among regions and populations is of perennial interest in animals that live in such isolated habitats. Populations in six natural ephemeral pool habitats located in two different regions of the Sonoran Desert and a transition area between the Sonoran and Chihuahuan Deserts were sampled.