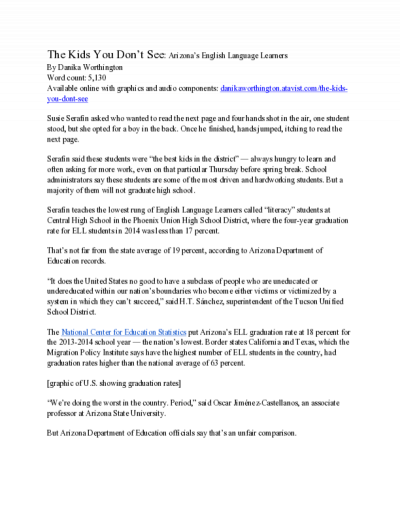 Arizona's English Language Learners have the lowest graduation rate in the nation at 18 percent in the 2013-2014 school year, according to the National Center for Education Statistics. There is…