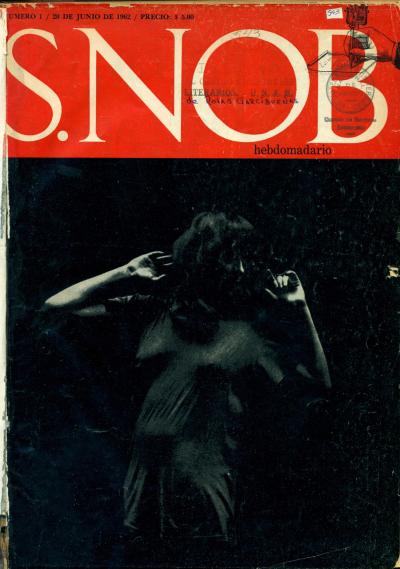 The Journal of Surrealism and the Americas: Vol. 11 No. 2… 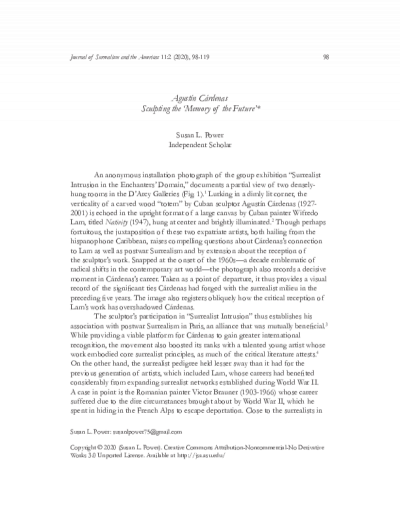 Agustín Cárdenas: Sculpting the 'Memory of the Future'

Like a phoenix arising from the ashes of destruction in the aftermath of World War II, the surrealist movement, under the leadership of André Breton, reiterated its guiding principles and…

Like a phoenix arising from the ashes of destruction in the aftermath of World War II, the surrealist movement, under the leadership of André Breton, reiterated its guiding principles and reasserted its aims at a time when interest in surrealism was waning and its relevance was increasingly contested. Reassembled in Paris after the displacement of exile, the core group resumed the staging of international exhibitions and the publication of journals, catalogues, and tracts—all privileged vehicles of collective activity ever since the interwar years. The collective spirit of the movement—a defining characteristic and the very foundation upon which surrealism had been established—remained central to its identity and its very existence in the postwar period. The rosters of those shows and publications attest to the renewal of surrealist ranks and reflect the movement’s shifting boundaries, both geographically and generationally.

The Cuban sculptor Agustín Cárdenas (1927-2001) offers a case in point. Arriving in Paris in 1955, thanks to a government-funded scholarship, Cárdenas quickly found himself within the surrealist orbit when he was invited to present his work at L’Étoile Scellée and La Cour d’Ingres galleries, both affiliated with postwar surrealism. His sculptures were also included in the movement’s last three “official” international exhibitions: "Exposition inteRnatiOnale du Surrealisme (EROS)" in 1959-60, "Surrealist Intrusion in the Enchanters’ Domain" in 1960-61, and "Absolute Deviation" in 1965. Surrealism thus provided a platform from which Cárdenas launched his career in Paris.

This paper will examine how the primitivist-inflected abstract modernist idiom characteristic of Cárdenas’ sculpture, from the early 1950s on, serves to position it at a nexus between surrealism and postwar abstraction, and increasingly—especially after the dissolution of the Parisian surrealist group in 1969—within an expanding network, exemplified by group shows organized along entirely different lines (medium-specific, geographic or national affiliation, etc.), such as the New School of Paris, Latin American and eventually Cuban art. An analysis of selected readings of Cárdenas work, by “certified” members of the surrealist movement (Breton and his close collaborator José Pierre) or fellow travelers, who crossed paths with surrealism (French art critic and theorist of postwar European abstraction, Charles Estienne and Martiniquan poet and author Edouard Glissant), will shed light on its reception. And finally, I will address Cárdenas’ Afro-Cuban heritage in relation to his compatriot Wifredo Lam as well as the broader Caribbean context in which surrealism intersects with anti-colonial, revolutionary action and post-colonial discourses.