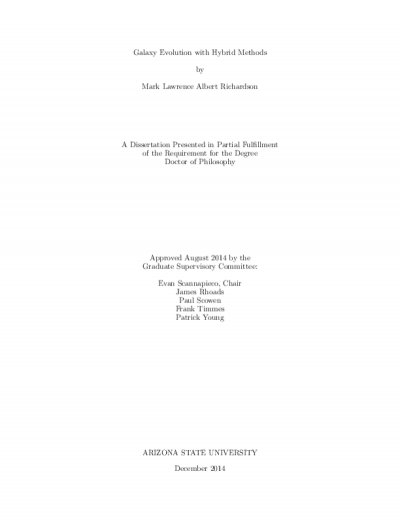 I combine, compare, and contrast the results from two different numerical techniques (grid vs. particle methods) studying multi-scale processes in galaxy and structure formation. I produce a method for recreating…