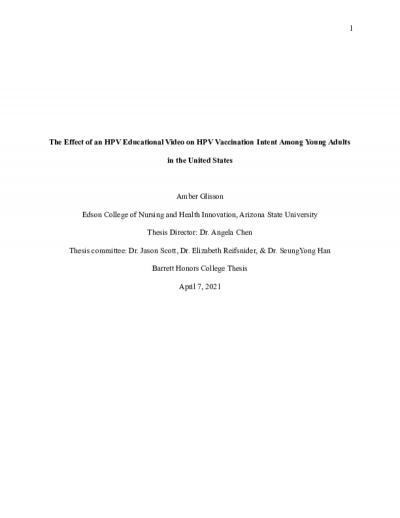 The purpose of this study was to examine the effect of the comprehensive HPV educational video, “What is HPV?” on the vaccination intent of young adults. The study also aimed…