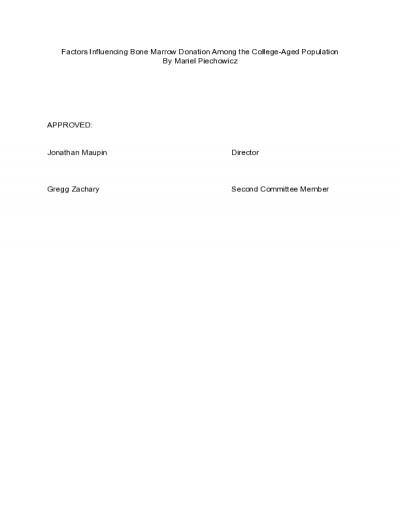 The purpose of this study was to identify attitudes and perceptions regarding bone marrow donation among the college-aged population. This was examined by distributing an online survey via ASU e-mail…