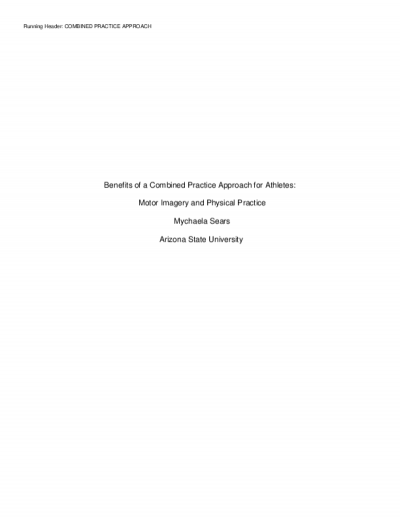 Benefits of a Combined Practice Approach for Athletes: Motor Imagery and Physical Practice

The aim of this study was to compare the effects of an intervention involving physical practice combined with motor imagery and physical practice alone on swimming performance for fifty-yard freestyle. Forty-five male and female high school swimmers were participants on…