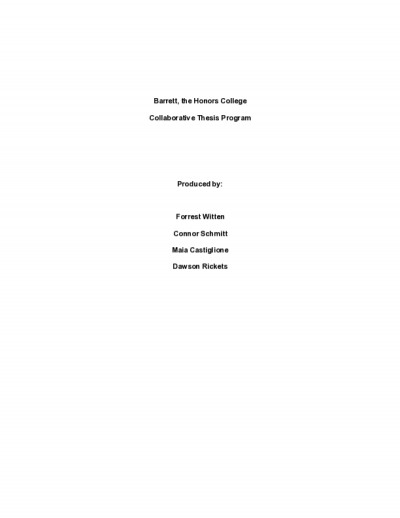 The goal of this thesis was to provide in depth research into the semiconductor wet-etch market and create a supplier analysis tool that would allow Company X to identify the best supplier partnerships. Several models were used to analyze the wet etch market including Porter's Five Forces and SWOT analyses. These models were used to rate suppliers based on financial indicators, management history, market share, research and developments spend, and investment diversity. This research allowed for the removal of one of the four companies in question due to a discovered conflict of interest. Once the initial research was complete a dynamic excel model was created that would allow Company X to continually compare costs and factors of the supplier's products. Many cost factors were analyzed such as initial capital investment, power and chemical usage, warranty costs, and spares parts usage. Other factors that required comparison across suppliers included wafer throughput, number of layers the tool could process, the number of chambers the tool has, and the amount of space the tool requires. The demand needed for the tool was estimated by Company X in order to determine how each supplier's tool set would handle the required usage. The final feature that was added to the model was the ability to run a sensitivity analysis on each tool set. This allows Company X to quickly and accurately forecast how certain changes to costs or tool capacities would affect total cost of ownership. This could be heavily utilized during Company X's negotiations with suppliers. The initial research as well the model lead to the final recommendation of Supplier A as they had the most cost effective tool given the required demand. However, this recommendation is subject to change as demand fluctuates or if changes can be made during negotiations.

Collaborative Thesis: Software Monetization within the Internet of Things Group

"Company X," a technology company, is known for being one of the world’s largest semiconductor chip manufacturers; however, they are also one of the largest authors of software. In 2019,…

"Company X," a technology company, is known for being one of the world’s largest semiconductor chip manufacturers; however, they are also one of the largest authors of software. In 2019, "Company X" entered a new paradigm where, according to the CEO, while "Company X"’s core strategy has not changed, "Company X" is embracing the transition to a data-centric company from a PC-centric company. The scope that the project examines is--in this transition to a data-centric company and based on the company's current expertise and competitive advantages--should "Company X" be branching into an additional division or leverage existing intellectual property (IP)? The goal of the project is to understand how "Company X" can leverage its expertise in hardware and software service packages to maximize the value of the company.

The object of the present study is to examine methods in which the company can optimize their costs on third-party suppliers whom oversee other third-party trade labor. The third parties…

The object of the present study is to examine methods in which the company can optimize their costs on third-party suppliers whom oversee other third-party trade labor. The third parties in scope of this study are suspected to overstaff their workforce, thus overcharging the company. We will introduce a complex spreadsheet model that will propose a proper project staffing level based on key qualitative variables and statistics. Using the model outputs, the Thesis team proposes a headcount solution for the company and problem areas to focus on, going forward. All sources of information come from company proprietary and confidential documents.