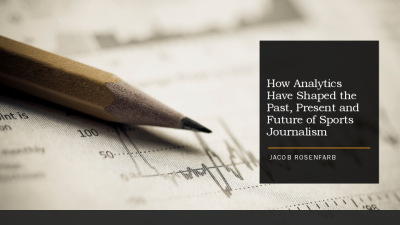 Analytics has transformed many of the core principles of sports journalism, forcing journalists to work smarter, harder and more creatively than ever before. Yet reporters today are uniquely prepared to navigate the constantly evolving world of journalism, as they now…