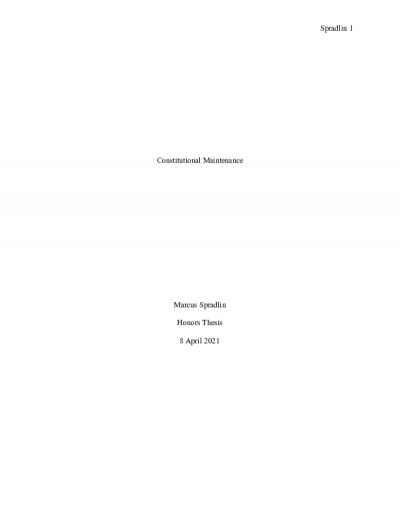 The Constitution is a document that was made over 200 years ago by a population that could have never imagined the type of technology or social advances made in the 21st century. This creates a natural rift between governing ideals between then and now, that needs to be addressed. Rather than holding the values of the nation to a time when people were not considered citizens because of the color of their skin, there need to be updates made to the Constitution itself. The need for change and the mechanisms were both established by the Framers while creating and advancing the Constitution.