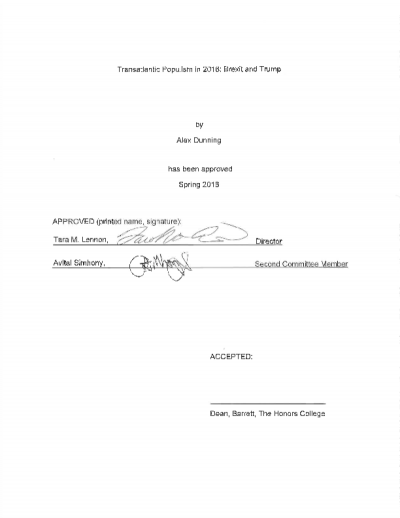 In 2016, the Western world was shocked by the victory of the "Leave" campaign in the referendum on European Union membership in Great Britain and by the victory of Donald Trump in the United States' presidential election. These two electoral successes have been called "populist" campaigns in their respective countries.

Contributors
Date Created
The date the item was original created (prior to any relationship with the ASU Digital Repositories.)
2018-05
Subjects
Resource Type
Collections this item is in
Barrett, The Honors College Thesis/Creative Project Collection