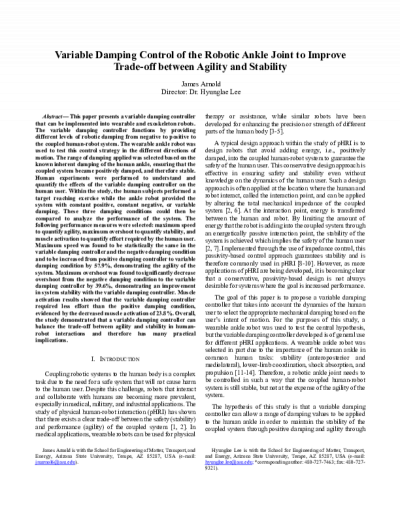 This paper presents a variable damping controller that can be implemented into wearable and exoskeleton robots. The variable damping controller functions by providing different levels of robotic damping from negative to positive to the coupled human-robot system. The wearable ankle robot was used to test this control strategy in the different directions of motion. The range of damping applied was selected based on the known inherent damping of the human ankle, ensuring that the coupled system became positively damped, and therefore stable.